Mauritius is one of the best Big Game Fishing
destination worldwide.

At summertime, the pelagic are nearer to the reefs and the chances are high to catch a blue marlin, a black marlin, a shark, a tuna, a barracuda and many others.

A typical fishing day at Le Morne Anglers Club forms part of a fascinating story between men and the ocean in the life and culture of Mauritians living on the coast of the island. At the end of the day, upon arrival of the boats, one can see a crowd running on the jetty, welcoming the anglers while impatiently waiting for the exciting stories of the fights between them and their prey.

When the time to go to the weigh station arrives, one retains his breath, waiting for the verdict: a new personal, national or even international record can be broken… Big Game Fishing fans from all over the world meet every year in Mauritius for competitions organised by Le Morne Anglers Club, namely the South Indian Ocean Billfish Competition, which started in 2000 and is held and hosted every year by the Club. 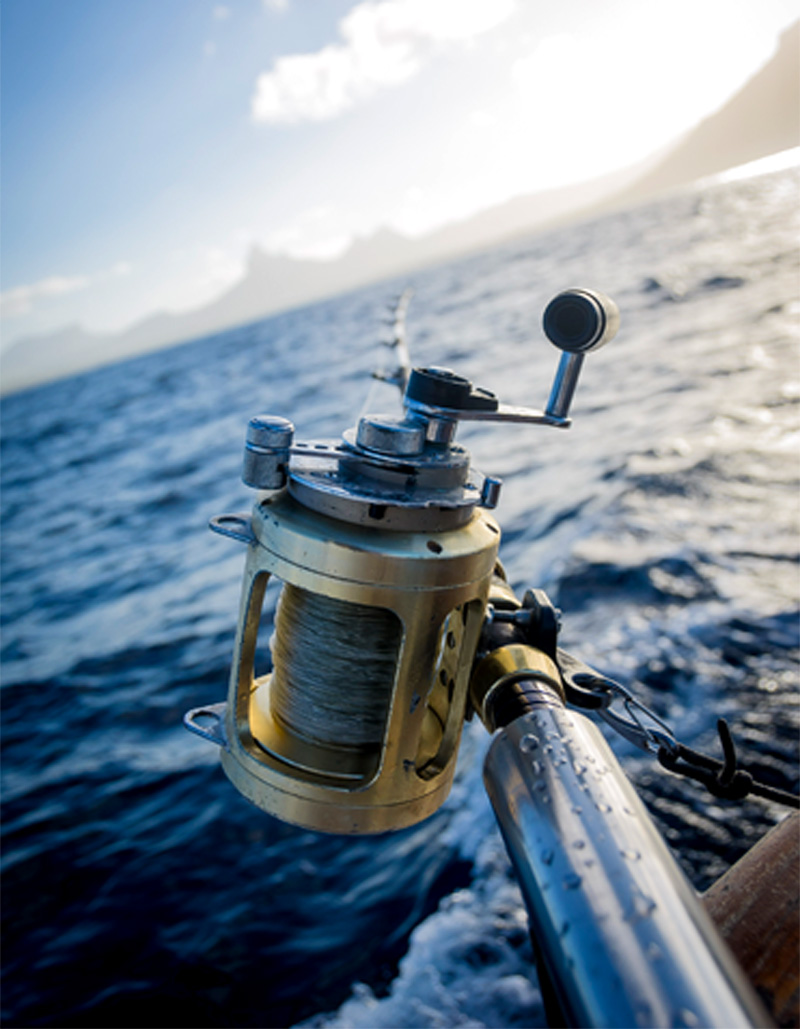